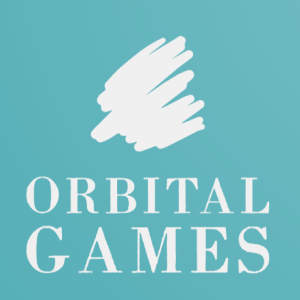 The Future of Video Games: Top 6 Trends in Game Development

The video game industry has witnessed some massive, sudden but many welcome changes in the last decade. As a result, the industry is thriving, and experts predict that it’ll continue to thrive as the number of players rises. As of 2021, a report predicted that the game industry would achieve sustained growth of 8.7% annually. It also says that by 2024, the video game industry will hit an all-time high value of $218.7 billion.

According to experts, the number of video game players worldwide in 2021 was around 3 billion, with a 5.3% annual increase. Two things are particularly responsible for this growth: the entertainment value offered and the social aspect of gaming.

Furthermore, since the first generation of video gamers, the industry has become a cult that extends beyond consoles and platforms. Video gaming offers players that feeling everyone longs for to belong to a community; this elevates it to another level. Generations that grew up with video games will continue to play them, warranting its growth and reaching more generations.

What Are Experts Saying About the Future of Video Games?

Different experts give their opinions on the future of video games from various views and perspectives. Some predict that the growth of the video gaming industry will continue to grow even many years from now. The growth will be led by the experiences gamers get on consoles, mobiles, and PC as they emerge. In addition, streaming will unify every gamer, enabling them to access all the content they want on any of their desired screens.

The platform for playing games will move from the specific computers under the TV to computing on-demand from a data center in a few years. This change will dramatically change the way developers develop the games and players play them. There will likely also be some adjacent technologies like machine learning, natural language, and AI to abundantly fuel game design. In addition, the video gaming world will see significant strides in graphics; for example, there’ll be more complex 3D graphics and pixel processing techniques.

Another major change that’ll likely happen in the future of video games is with the game developers. The new generation of game developers doesn’t find it strange to develop games; it is like their second nature. These people understood and played video games even before they started watching TV.

That means we should expect to see a much wider and richer diversity of talents developing games, bringing more life experiences and perspectives. They’ll improve the way games are made and widen the diversity of the stories and experiences they will represent. First, let’s look at the top six trends in game development.

The Top 6 Trends in Game Development to Watch Out For

It is not enough to know that something different will happen in the gaming industry, you must also know what to expect. Here are six major trends every gamer should watch out for:

Augmented reality (AR) refers to integrating digital information with the user’s real-time environment. Augmented reality is unlike virtual reality in that it utilizes the existing environment, overlaying it with distinct features to enhance it. Furthermore, augmented reality creates an almost real view for players using intense graphics, sound, and video through a device camera. AR has become an important tool for smartphone video games, enabling gamers to create their racing terrains, characters, and targets.

The media habits of video game consumers are constantly evolving with new devices and services, enabling a shift in expectations and behaviors. In a short while, the way the world accesses, purchases, and consumes entertainment has changed drastically – and dramatically. As of 2021, the global gaming market for augmented reality was valued at 6.39 USD. That number is expected to see a 33.8% increase and go as high as $38.03 billion between now and 2027.

The key factors driving the global gaming market for augmented reality include AR technology which enables interaction between gamers. Game developers worldwide are launching different game models featuring this AR technology, thus changing how video games are consumed. AR technology is fairly new, but its potential is immense, as the gaming world can already see. Despite the global pandemic’s uncertainties, the augmented reality market is still driven by technological developments and the increasing number of mobile gamers.

Virtual reality (VR) gaming software is used to build immersive 3D gaming environments that can be used in VR games. Software developers create a virtual world for users to interact with the place and objects in the environment. The different games that use virtual reality include shooting, science fiction, fighting, adventure, puzzle, mystery thriller, and racing. Players can play the games on various devices, including gaming consoles, PCs, and mobile devices.

The gaming market size of virtual reality has grown as predicted, with a 29.2 increase recorded. The change in the trend is major because companies stabilize their output after meeting the demand for video games which grew exponentially in 2020. As a result, the gaming market for virtual reality is predicted to increase at a 29% CAGR to $33.65 billion in 2026. Virtual reality technology uses VR peripherals like computing hardware and software to create virtual environments that immerse players in a game’s 3D environment.

Virtual reality trends in the gaming market cover virtual reality gaming hardware and software sales by entities. These entities include organizations, partnerships, and sole traders that can take gamers in real-time into the game. Virtual reality technology in the gaming industry has advanced from being just science fiction to becoming mainstream entertainment. It has rapidly become one of the biggest trends in the video gaming industry, with its immersive nature transforming the industry.

Virtual reality games have especially gone from being games that received lukewarm responses in the early years. Instead, they are now built to stimulate as many senses as possible and make gamers feel like they are right in the game.

A typical example of a cross-platform app is the VLC media player, compatible with Windows, macOS, and Linux desktop operating systems. Of course, gaming apps with this functionality depend on the developer and how any particular software is coded. Cross-platform compatibility was once a major issue in the gaming industry, which is why many “exclusive” games were only available on a single device. However, the narrative has changed as game developers have begun offering cross-platform gaming for their major titles.

Top manufacturers like Sony and Microsoft have started offering cross-platform support, unlike Nintendo, which still offers exclusives. Cross-platform gaming functionality has several advantages, one of the biggest being cross-platform play – also known as cross-play. Another major, “obvious” advantage is that gamers can play one game on different devices and many others. In addition, it lets gamers with different devices play the same game in multiplayer modes, which is more fun than playing alone.

The trend for the cross-platform gaming feature started a while ago as more and more gaming platforms take the less exclusive road. Apart from Nintendo, game developers and manufacturers have begun implementing cross-platform features in their video games.

If you’re familiar with cryptocurrency, you understand the value of blockchain technology and what changes it is bringing to several industries. The video games industry isn’t left out as there are now blockchain-based games featuring this powerful, highly-secure technology. Incorporating blockchain in the gaming industry has changed the rules, turning it into a sector with many exploring opportunities. Blockchain technology uses powerful data encryption technology that preserves users’ information, blocking out hackers and reducing insecurities.

The potential of blockchain-based gaming is overwhelming, especially when you consider the value accrued. For example, in 2020, the total value of blockchain-based gaming was estimated at $175 billion and predicted to grow to $218 billion by 2023. Furthermore, Newzoo, the most trusted games analytics source and market research, reports that in-game purchases will skyrocket rapidly. According to the reports, people will most likely be spending $168 billion by 2023 on in-game purchases.

Blockchain technology will make in-game purchases much safer, which will greatly benefit the gamer and the developer. Blockchain-based gaming has the potential to open safer and newer territories for developers and give players greater control to move from Pay2Win to Play2Earn. Furthermore, blockchain technology is a revolutionary platform game manufacturers and developers can use to create and store in-game assets. This trend was a top video game trend in 2021 and one to watch out for in 2022.

As reported by Sensor Tower’s Industry Trend report, hyper-casual games dominated the trends and video game landscape in 2020. These games are very easy to play and offer a fun and relaxing gaming experience, and understanding them isn’t complicated. Other reports on hyper-casual trends indicate that hyper-casual video games will grow immensely between 2022 and 2026. Hyper-casual games’ minimalistic, cost-efficient, and highly addictive nature makes them a top trend to watch out for.

45% of mobile games downloaded in 2019 were hyper-casual games, accounting for 7.8 billion downloads. That’s why it isn’t that surprising that it is one of the fastest-growing categories of the gaming industry in 2022. Besides the massive downloads, advertising revenues in hyper-casual games are also over the roof this year. The numbers have risen considerably in the past couple of years as these games establish their dominance in the industry.

Hyper-casual games have brought about a unique process where developers don’t need to spend years developing a game they’re not sure will succeed. This business approach is stirring up the game development ecosystem, encouraging smaller players to showcase their talents to take advantage of global platforms.

Cloud and streaming video games are a revolution in the making, one that can redefine the gaming and entertainment industry. These games remove the need for expensive, high-end hardware by enabling remote access to gaming content. Moreover, thanks to the advent of 5G technology redefining internet speed, the industry will depend less on purchasing games. Cloud and streaming games will encourage large-scale multiplayer gaming by eliminating the need for periodic downloads.

As of 2020, the market for cloud gaming was valued at $612.31 million and is expected to go up to $5.3 billion by 2026. That amounts to a whopping 45.2% increase in CAGR between 2021 and 2026. Considering their convenience level, cloud gaming platforms are continually attracting more than thousands of new visitors online. Cloud and streaming gaming is an emerging technology in the industry that lets users stream high-end games on smartphones, PCs, and tabs.

As 5G connections launch in multiple countries, the industry will see an increase in the market for cloud gaming services. It will leverage the fast connections and mobile ubiquity of the 5G network to provide AAA-quality gaming to smartphone users. Additionally, we can expect that cloud and streaming gaming services will drive and influence how gamers adopt gaming on mobile devices.

Final Thoughts: How Does the Future Look for Video Games?

These six trends discussed in the gaming industry are likely to inflate as technology advances and penetrates. Newzoo predicts that the number of mobile gamers in the world will rise to over three billion by 2023. As a result, the competition among game developers will also increase, a critical factor in propelling gaming experiences worldwide. The strength of the video games sector of the industry lies in developing interactive MR, AR, and VR-powered games.